From Existence To Significance 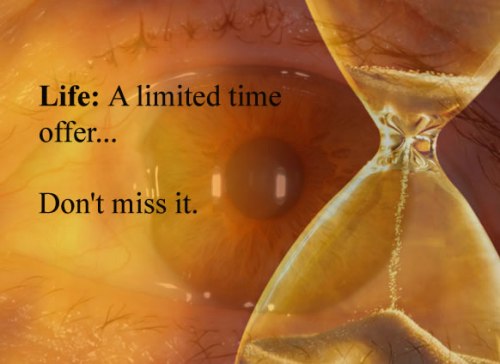 My guess would be most of us either get swallowed by the circumstances we’re bathed in through the collective effects of our developmental environment, finding some reactive equilibrium with that happenstantial field of influences that define our initial form, or we wake up from that opaque mist to recognize that we also have a voice in the field of influences that defines our experience. We may discover that if we work intentionally, effectively and proportionally, that our voice might cultivate something significant rather than merely reflective – something that does more than reflect the defining qualities of the environment, but also plays a role in defining.

Cultivating something significant often requires disciplined effort and patience to shepherd nascent forms to fruition where they produce emergent properties, but the cost of doing so can render an effective player in the field of relationships that defines what we experience, and perhaps emergent properties that will pay continual constructive dividends. Nature clearly communicates that we can count the seeds in an apple, but not the apples in a seed if that seed is cultivated – nourished and protected through development to its mature state of fruition. This cultivation aspect of being might be the “why” we are here, but it is more certainly the big “if” in terms of whether or not we realize the opportunities that are presented out of the cauldron of relationships that define us.

We can make the transition from that which has been defined by circumstance, to that which also plays a role in defining circumstances, but only if we first recognize, then take the proportional actions to overcome the things that would otherwise turn our presence into a neutral mush carried on the currents of environmental whim, or worse, to become an agent of reflected destruction. Some of the common stories that emerge from the field of defining relationships that we’re both baptized in and have some measure of ability to participate in include environments that falsely convey we have no significance – that our voice is of no effect and that we are solely the victims of an authoritarian fate, or perhaps an environment that has so shocked us with a series of capricious horrors and injustices that it causes us to see reality through a distorted lens which renders an image of tragedy and misfortune that is inevitable and that total occupation with self defense and protection are of paramount importance, or perhaps our social environment coupled with our innate capacity for vision has revealed to us the tragic and arguably insane failure of the collective social economy that powerfully defines our experience to sufficiently recognize, value and express the behaviors that nourish our mature potential – a maturity which is only possible in a climate of sustained mutually nourishing and protective developmental behaviors aimed at serving each other’s common interest. The fields of opportunity that we leave fallow can make us the authors of our poverty, and in that poverty we can get stuck in a vortex of self reinforcing destruction making our circumstance worse by filtering the world through a lens of dominance. One where it appears to make sense to force compliance from each other with the aim of getting the most we can get, rather than searching for and cultivating commitment between each other to gain what is rendered by the emergent fruit of community. We can either be caught spinning in a turbulent eddy of malignant selfishness that takes us in vicious circles that go nowhere, or we can tend to the fruits that are produced through committed cooperation with and cultivation of each other, and the extended body of life we depend on.

In the light of the necessities to effectively steer with intention through the currents that define us – to participate in where the currents carry us – we would do well to search for what it takes to cultivate that which is most significant to that end – that which has the most effect to tame and intentionally direct the environmental waters that define our experience. We can only realize the strength of that steering activity by both finding and actively participating in the relationships that forge meaningful significance while also mitigating the antagonistic forces that could interfere of interrupt that process. Because we so often start with a lens that was forged in a blend of complacency and trauma, we may not be equipped to see clearly what our best way forward is. Once our lens is refined to see with enough depth to understand where our opportunities are sourced, we can then see our progress is built on a complex and nuanced vision where consequences are not immediately connected in time through a linear process, but are displaced in time, and that development to maturity requires sacrifice in order to bear the eventual fruit.

Our best way forward is not visible using a simplistic, linear and narrowly temporal lens. Although simplistic lenses that do not consider, much less prioritize, the necessities of development over time are what we begin with in our ignorance and also what we gravitate to in times of perceived stress, they are not what serves as an accurate map to our most mature state of being. The effects of past traumas etched in our collective psyche can become a self perpetuating eddy that results in why we sometimes operate on a cultural level with a simplistic lens that seems to infer that serving the self to the exclusion of the community is the obvious choice; and it is in the short run, even though it is ultimately self defeating when the more complex tapestry of relationships that develop over time and space is considered. Our traumas and the resulting myopia may also explain why many of the superficial rituals of social recognition we currently chase and build our dedicated behavioral monuments to are also less connected to significance than they are to a self referential service of themselves – to the status quo – of serving our more immediate gratifications in a bonfire of vanities, or, as William Shakespeare’s character Macbeth so eloquently put about the net result of certain lives:

Life’s but a walking shadow, a poor player,

That struts and frets his hour upon the stage,

And then is heard no more. It is a tale

Told by an idiot, full of sound and fury,

As a result of recognizing that the road we currently travel most is a recipe for complacency at best and at worst one peppered with self indulgent distractions that lead us in directionless circles, we might be compelled by that dour vision to take the road less traveled. The unbeaten path does require that we brave the dangers of the unknown and or dedicate ourselves to the disciplines that are valuable yet may be unappreciated, or even detested and actively resisted. But this is what we must undertake for the opportunities that are only harvested by way of that path to be rendered. It is only by way of this more difficult organized effort that we can have a chance to realize and get the chance to embody significance – to make our lives meaningfully matter in a sea of what would otherwise be mere existence.

As a result of seeing the stagnating effect of what is rendered by actions taken on the heels of a shallow vision that looks no deeper than serving the brief periods of satisfaction of our baser drives, we might be inclined to focus instead on the things that do not necessarily tilt toward service of these superficial passions alone, but dig deeper to see something more difficult, more significant. With a full spectrum vision we can become like the parent that is compelled by that deeper vision to act with determination on behalf of a child’s development, sometimes in the context of the myopic protests of that same child. This deeper commitment is forged by a deeper vision. A vision that sees our common child as the extended community of relationships we live in and depend on for nourishment and protection, that defines our being and our experience, and that we also derive our significance from by serving something of nourishing and or protective value in the context of that community.

I may be missing something(s)