How We Develop Our View Of The World 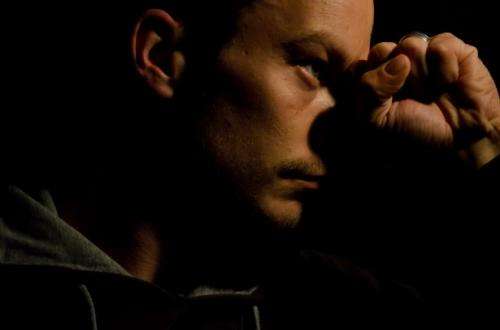 Our development environment has critical periods where we are imprinted with what the world looks like based on a snapshot of whatever is going on at that time. If that picture we receive during critical periods of development is distorted, we can then become trapped in a prison of living in the context of responding to that distortion for the rest of our lives, even though it may no longer bear any resemblance to our current reality – an echo chamber of trauma is one example of this phenomena.

Dealing with the after Effects of Trauma

If we look for a common property in a wide variety of mental dysfunctions that arise as a result of trauma, we could say they reflect a hijacking of our capacity to use our higher order thought processes to govern our lives in proportion to the current circumstances. They put our thought processes on a more reactionary, less rational level. People with short fuses, or those who respond out of proportion to the reality of current events, or obsess over people, topics or things out of proportion with reason are typically expressing the after effects of trauma.

The traumatized brain is characterized by the thinking center (frontal cortex) being underactivated and the emotion regulation center as well as the fear center being overactivated. With this in mind, we can see the challenge to assist someone suffering the echoes of trauma or to cope with them if we suffer from the effects.

When we look at the array of thought disorders that commonly plague human (and animal) culture, we can see this common thread. Obsessive compulsive disorder, for instance, is expressed through repetitive thoughts and behavior rituals that crop up to the point where they invade the cognitive real estate we need for dealing with reality on reality’s terms. This can cripple the individual (or group’s) capacity to see what is currently going on clearly. As a consequence, the behavioral response may appear rational to the individual (or group) experiencing the effects of distorted vision, but the perception and response are not proportionate with what is currently going on.

Hoarding disorder is another example involving an extreme reluctance to separate with possessions to the point of the hoarding increasingly closing that person off from the outside world because of a perceived, however irrational need to save things. The common core of this, and many other thought and behavioral disorders is that our cognitive processes, the ones that, if functioning well, help us perceive and respond to the world in a proportionate and rational way, are either taken over, or diminished because an exxagerated proportion of mental energy is being devoted to reactionary faculties. In other words, we’re reliving the trauma over and over in symbolic form.

Whenever we see someone responding out of proportion, either by not being concerned about serious dangers, excessive dominance or cruelty, or in any way exaggerating unimportant things to monumental proportions, we are probably seeing the echoes of trauma.

Here’s some resources that offer deeper look at the symptoms and potential approaches to begin helping with, or working these things out.