The Media’s Role Vs. Our Role

Generally speaking, it’s the media’s job to get attention and sell access. It’s their business model. There are a few authentic people in the industry but journalism is by and large a pious fraud narrative put forward to cover the otherwise parasitic and predatory industry. They manufacture the topics of discussion by hyping various fears and twisting words. This is followed by a self-propagating circle of repetition to reinforce a certain narrative. The industry erodes social integrity and the capacity for individual sensemaking for the sake of its existence, which is based on control.

The “profession” is practiced by dividing people into camps and selling access to those “market segments”. There is an incestuous relationship between the media, politics, and industry. The latter two depend on the media to advertise their “products”. The media lavish support on, and-or destroys, persons, public personas, or companies based on the goal of servicing or growing the power and influence. Media companies are cultural butchers and the public is the meat source.

Our job is to take responsibility for what we support and reject so that it shapes what is valuable to put in front of us. It’s us, the third estate (the common people) that have both the power and responsibility, even if we give it away to the fourth estate. (the press) We need to treat the information for what it is; commercial, which is the science of getting people to think and behave in specific ways – also known as manufacturing consent.

We are far better off as a community cultivating abundance by having each other’s backs nourishing and protecting each other’s full potential. This is not what the institutions of media, politics, and industry feed on. The point is that we have to do it ourselves. If the commitment to each other does not flow from the bottom up, it will never come from the top down. The roots feed the fruit.

We’re responsible for the values we cultivate through our actions. Our collective actions shape what we experience as a society. We all swim in the same pond. Whether or not we are kind in heavy traffic or look out for the people on our streets is as important as whether or not we take a leadership role as a means to serve ourselves or as a responsibility to serve the common good. A mutual stake in each other’s success is a recipe for a better world as far as I can tell. Parasitic and predatory behaviors are a recipe for self-authored poverty and suffering.

In this context, how we respond to an industry attempting to invite us to dinner as the meal and not as a guest is important. I think disinviting ourselves from the media’s table as much as possible is better than becoming part of the ecosystem by applying all our energy to pushing back against parasitic and predatory agenda pushers. While some attention must be paid not to be caught in parasite’s and predator’s traps, we also have to be careful not to fall into the trap of devoting all our energy to push back. It depletes the energy we need to do something better. Do something better on whatever scale is possible. That’s what changes the world.

I could be missing something(s)

A Garden of Living Fire

Embedded in our physical structure as well as our nature is the necessity to consume in order to sustain our coherence – we hunger and grow our presence as long as the environment sustains the process. This fire aspect of being is embedded in our myths as well with consuming food and things like hell, suffering and so as important parts of how we map our concept of the world. We also act out this primal pattern in many ways, both constructively and destructively; sometimes consuming each other for the sake of some elevated stature, sometimes sacrificing ourselves for the sake of the larger body we live in and depend on. We are a community of living fire. The question of our future prospects depends on whether we tend the necessities to continue to nourish the fire that sustains and strengthens us or do we consume that necessity to the point of our own consumption?

Interestingly, bacterial communities’ (called biofilms) and the communication networks that coordinate their actions as a group body (called quorum sensing) have a human social analog. The form and function we know of as human sociality have roots deep within the relationship economy of biology itself. The deeper we dig, the more it appears that what we experience as life is built on a nested architecture of self-similar communication networks.

“…The past decade has seen the emergence of a new field in basic microbiology… Scientists had long held the view that bacterial cells behaved as self-sufficient individuals, unable to organize themselves into groups or communicate… The idea that bacteria could function as groups and that individuals within the group could respond to the group as a whole seemed almost ludicrous… [It is] now… generally accepted that bacteria produce, and respond as groups… This phenomenon has become known as quorum sensing.”

The Art of Communication Has A Long Tradition

Collections of cells working together as a unified body, producing specialized behaviors that lend adaptive advantage on a group scale which include some sacrificial acts that benefit that larger community is not unique to complex multicellular organisms like ourselves. It is more of a relationship theme that that has been threaded into biology long before multicellularity as we know it emerged. It involves perceiving necessities, and communicating these necessities across a biological domain so that effective behavioral responses can take place. This community principle, complete with communication across a wide biological landscape has been present, and conserved throughout our biological history – a unified purpose among different biological entities that arose out of necessity long before multicellular (metazoic) creatures emerged. Here is an example of how this takes place among microbes:

How Microbes Communicate Over Long Distances

“…Percolation is familiar to anyone who brews coffee, and it helped researchers at the University of California San Diego understand how bacteria communicate with one another over long distances. Communities of bacteria, sometimes called biofilms, aren’t just a clump of bacterial cells. It seems they can send signals to one another with ion channels, promoting the survival of the community and protecting it from attacks. New findings on that communication have been reported in Cell Systems.”

The Language of Biology 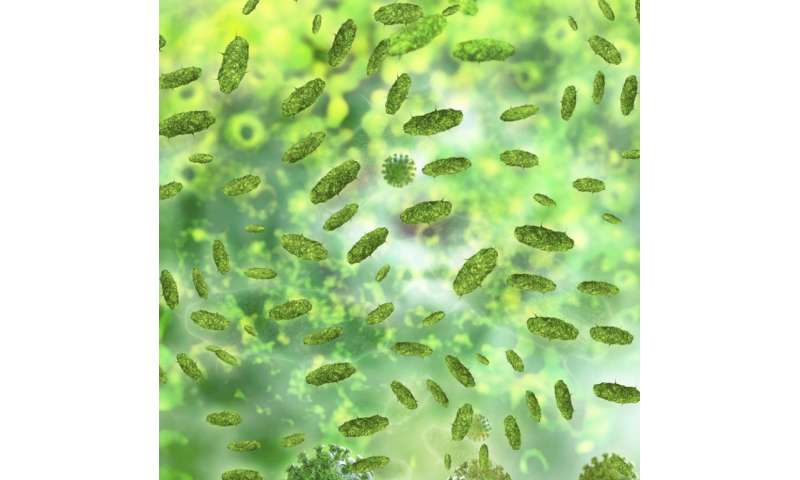 Biology is a complex relational economy that produces coherent “meaning” in the form of structures and ongoing relationships that are aimed at specific goal oriented ends. Like verbal language and its capacity to produce the more complicated structures that are possible within its range of expression, like comedy or drama for instance, to accomplish the communication effectively requires certain contexts in order for them to work as intended. We see this same communication requirement in biology. Here’s an example of how that opportunity for a complex communication to convey something constructive or restorative can be destroyed by context:

The Decision Making Process in Cells

The same way we have an internal thought life and from that wider field of opportunity we decide what to say or not say, our cells also have these same processes that determine what to leave in and what to leave out. Here is a video outlining the process by which these decisions on what get expressed or silenced in a cell get made.

To know oneself is critical to being able to navigate with any kind of intention in life. Without an appropriate knowledge of self we run the risk of drifting on the currents of happenstance, reflecting what we were exposed to while recording and reporting it without a meaningful and effective voice. Just as important as knowing oneself is knowing the enemy. Understanding the people and things that can diminish or destroy us is important to effectively navigate the hazards that are in the relationship climate we live in.

Among the hazards are social predators. Those that employ destructive and exploitative strategies to seize whatever you might have to offer and repurpose it to serve themselves at your expense – to take without offering any real reciprocal value or having a mutual stake in your success as well as their own. Social predators are pirates, not farmers that cultivate something of nourishing value that strengthens the whole community. They are destructive agents that, if not sufficiently defended against, corrupt and diminish the ability for nourishing behaviors to take place – behaviors that bind together, support and strengthen a sustainable social community.  Among the things predators misuse to service destructive ends are authority, reciprocity, liking, scarcity, social proof, and our tendency toward commitment and consistency. Here’s a deeper look at a these particular strategies employed by social predators to invite you to a meal… as part of their menu:

How Trauma Can Distort Our Vision

The fight or flight response, that section of our biological expression that leaps into action to deal with a perceived threats is mirrored in many behavioral systems throughout the biological body of life. From the heat shock proteins that leap into defense activities within a cell that perceives threat, to the immune system which leaps into action when it sees a potentially harmful agent. The heartbeat of biology are systems built on collections of nourishing relationships that also have the capacity to defend that nourishing community against antagonists.

The article below is an example of how the brain of a stickleback fish produces alterations in gene expression up to two hours after it interacts with an intruder. This illustration of the way the brain attends to perceived threat is also an illustration of what the emotionally powerful events like the unknown and the traumatic do to affect our own experience of life. It may explain why they are so effective at etching themselves into a prominent place in the lens through which we see ourselves and the world from that defining event, forward – and why these seeds of identity can be a source of wisdom to help us navigate future hazards more effectively, or become a source of cyclic torture if they are not calibrated to be proportional to the current events we will encounter. In other words, we can become prisoners of episodes from our past because of the powerful way they can shape what we see from that point forward.

The Social Life of Plants 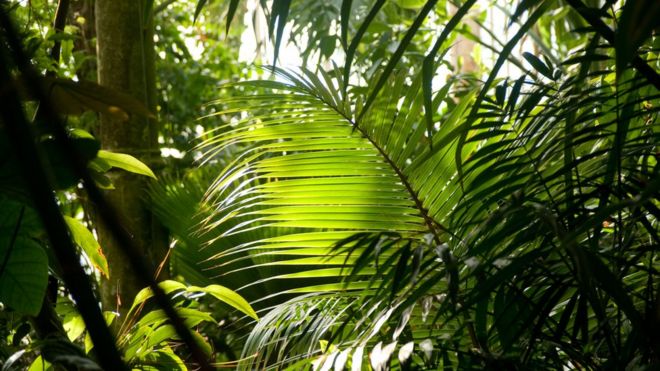 Plants have any number of methods to communicate both internally and externally in order to keep themselves informed and respond to their environment and developmental needs. They use this vast array of capacities to negotiate their way toward maturity and reproduction among other things. As it turns out, plants have a rich social life. They are for instance able to forge relationships with various benefactors in the plant and animal kingdoms and coordinate their effort, including the recruitment of other creatures, to ward off antagonists. They sense, and think without the means of a brain as we understand brains, yet they have the capacity to perceive and respond on remarkable levels which we are only beginning to understand. Here is a documentary on some of the recently discovered attributes of plants.

The Seeds of Human Culture are in the Cell 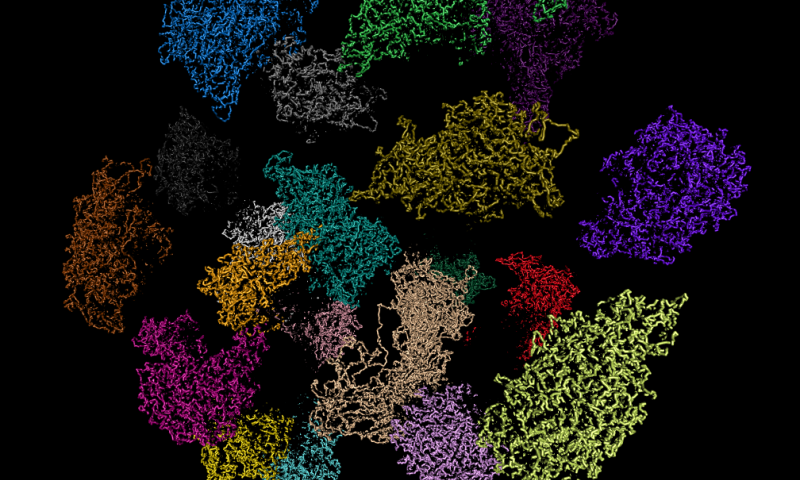 The notion that DNA is a static information repository is fading, as is the notion that RNA and protein are passive outcomes of DNA. Together all the structures in the cell form a dynamic community that includes a social life (cellular communication), institutional structures (golgi apparatus, ribosomes, etc.), a police force (phagocytes), roads (microtubules), transport vehicles (Kinesin, Dynein), local culture (see article link below), and so on. In other words; there is nothing that we express on a macro scale that is not also echoed on micro scales. We reflect of the nature of the cosmos. It could not be otherwise.